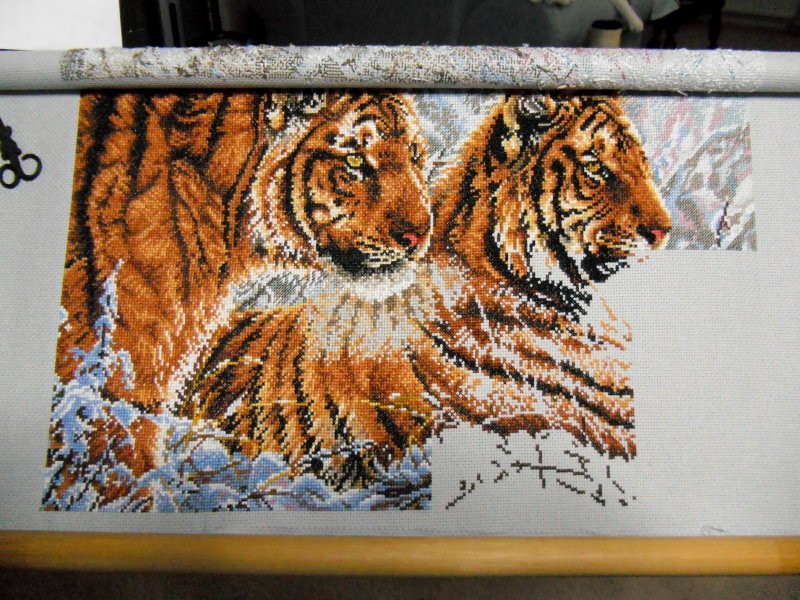 On the 44th day it was decreed that all the work I'd done wouldn't show that much! Every page of this design has had a limbo stage where I'm toiling away like a worker bee for very little visual result (to my eyes). Either because it's just another shade of orange or brown, or because I'm doing the fiddly bits.

8 episodes of Dynasty Season 7 were my companion during this stitching session - with that much Dynasty I swear I could feel my brain cells dying!

In my last post I talked about the back, and I want to revisit that topic today - but not the back of MY work.

My partner had never stitched before we met - despite being an absolute wizard with a sewing machine. He can literally upholster, make curtains, cushions or any other soft furnishing requirements around the house. He's even turned some of my cross stitches into cushions. 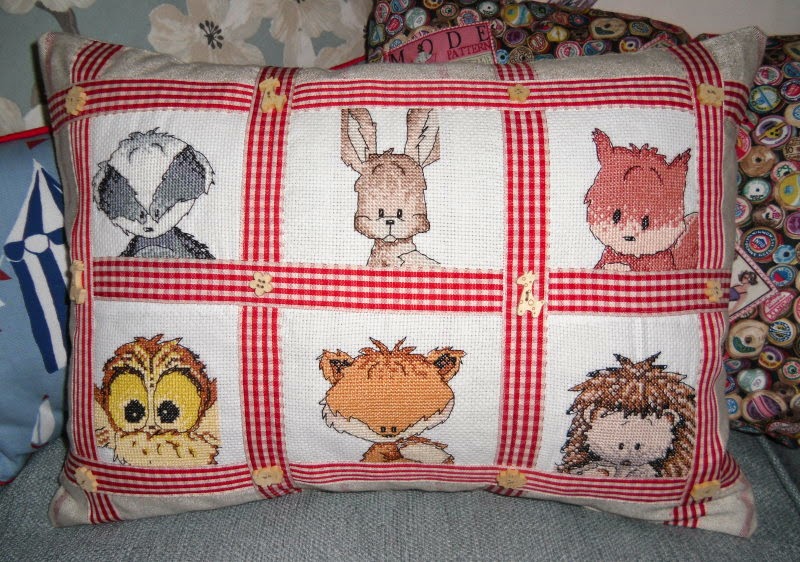 This cushion is made from 6 small Woodland Folk kits which were sewn onto the backing material with the ribbons and then finished with wooden buttons. He even managed to line up the pattern (as should be done, of course):

But, cross stitch was something new. So, I put on my teaching hat and got to work.

First up was a small but still detailed design of Noah's Ark: 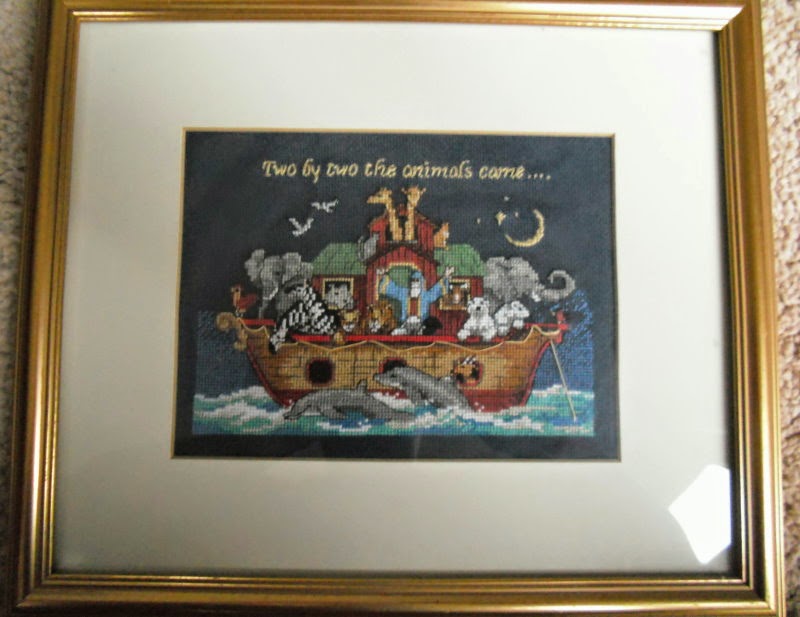 For a first attempt, I thought this was an amazing achievement.
For his second project he got really ambitious: 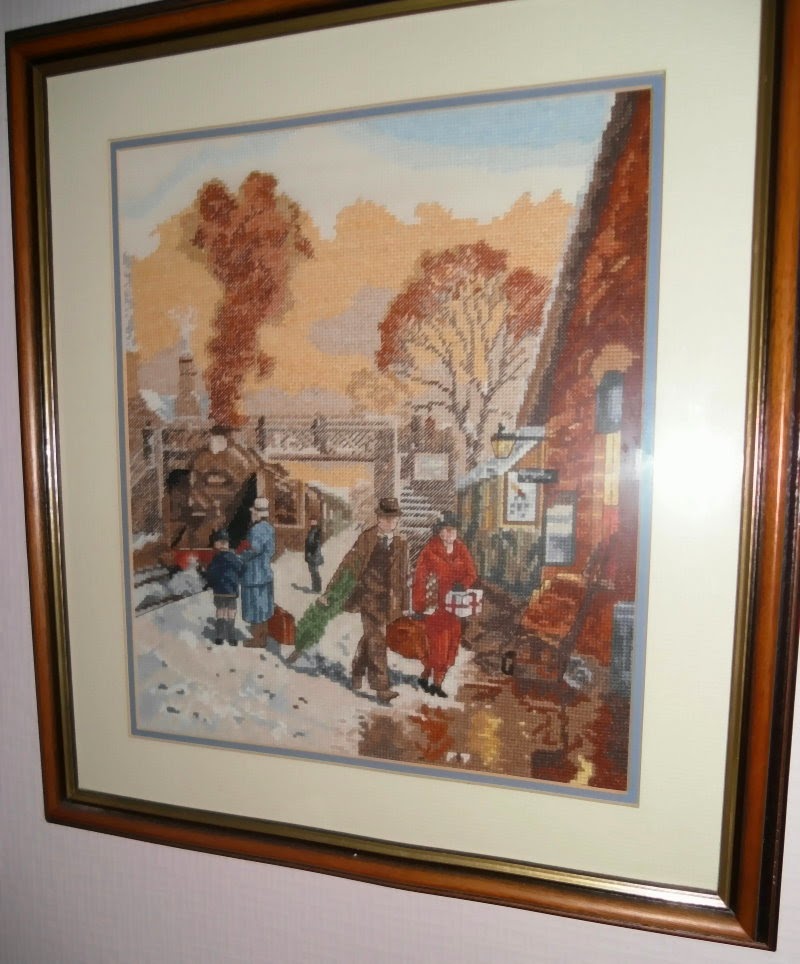 This Christmas trains station scene (the name of which is lost in the ether) took him ages and he made loads of mistakes; but the end result still looks brilliant.
Then he started another one of some geese...but that one has been on the frame since 2005!

Recently, I got a cross stitch magazine and there was a design featuring an Ice Cream truck which caught his eye. It was made up as a cushion and stitched in lovely pastel colours. So, I gathered the stuff together out of my stash and off he went.

Not long into his stitching I realised that without any prompting at all he was stitching in a completely different way to how I'd taught.
Instead of doing a row of half stitch and then returning along the same row to complete the cross, he prefers to do the entire block of colour in half stitch. Once that's done he goes back to the beginning and goes over it again to finish the crosses.
In over 20 years of stitching I've never seen anyone stitch in this manner. 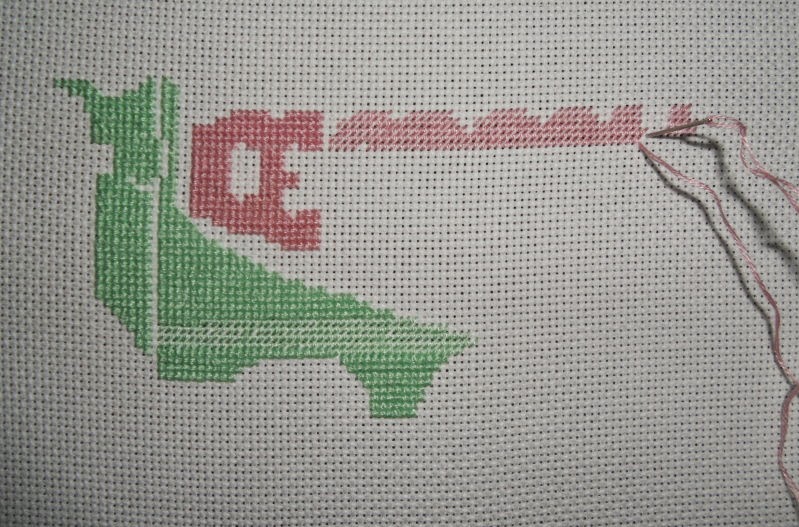 It just goes to show that a new stitcher will find the way that suits them.

I'm also very pleased to report that the back of his work is pretty neat too: 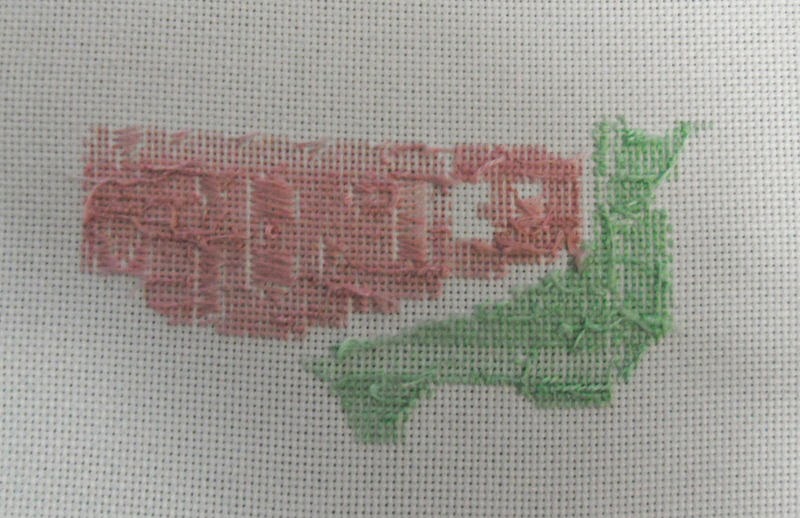 That's it for today.

In a coming entry I'm going to be talking about my views on photo conversion designs....

HAPPY STITCHING!
Posted by Unknown at 00:28

Sites to Die For!